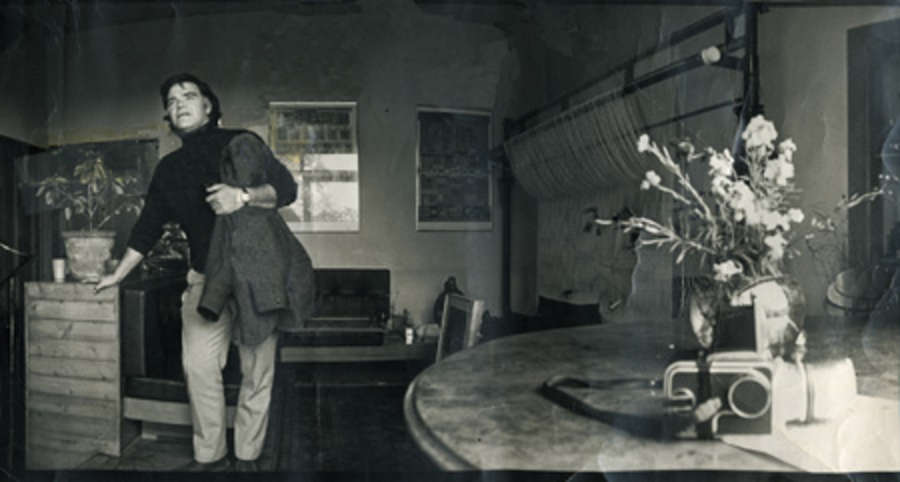 An internationally renowned tapestry weaver and one of Scotland’s greatest artists, it is with sadness we share that Archie Brennan passed away on 31 October 2019.

Brennan began his artistic career as an apprentice in 1948, aged 16, at Dovecot Studios, then known as Edinburgh Tapestry Co. Training for six years under Dovecot Master Weavers, he travelled to France to continue his studies before returning to Scotland to gain graduate and post-graduate degrees from Edinburgh College of Art.

Between 1962 and 1977, Brennan established and developed the graduate and post-graduate department of Tapestry and Fibre Arts at Edinburgh College of Art having identified a lack of attention to weaving and textile art in the curriculum. During this time, Brennan returned to Dovecot as artistic director, leading the Studio in exciting collaborations with artists including John Houston, Eduardo Paolozzi and David Hockney, while encouraging weavers to take a greater freedom in interpretation of tapestry design and weaving.

In 1975 Brennan moved to the Australian National University where he continued to develop and teach tapestry. There he also advised on the establishment of the Australian Tapestry Workshop in Melbourne, before moving to Papua New Guinea as a visiting lecturer at the National School for Arts.

From 1993 Brennan was based in New York where he lived with his partner Susan Maffei, a fellow weaver. With a continued commitment to tapestry, Brennan continued to teach and exhibit, until he stopping weaving in 2015.

As an artist and as a weaver Brennan is difficult to categorise. He experimented with abstraction, figures, text, layering of images, and shifting perspectives. Through all his work, he proved to be an absolute master of the art of tapestry weaving.

Playful in approach and technique, Brennan had an undeniable Pop Art instinct and alongside his close friend Eduardo Paolozzi, he is considered one of the greatest Pop artists Scotland has ever produced. His influence reverberates at Dovecot today, as it does with weavers and artists all over the world.

Read more about these related artists, weavers and tufters.