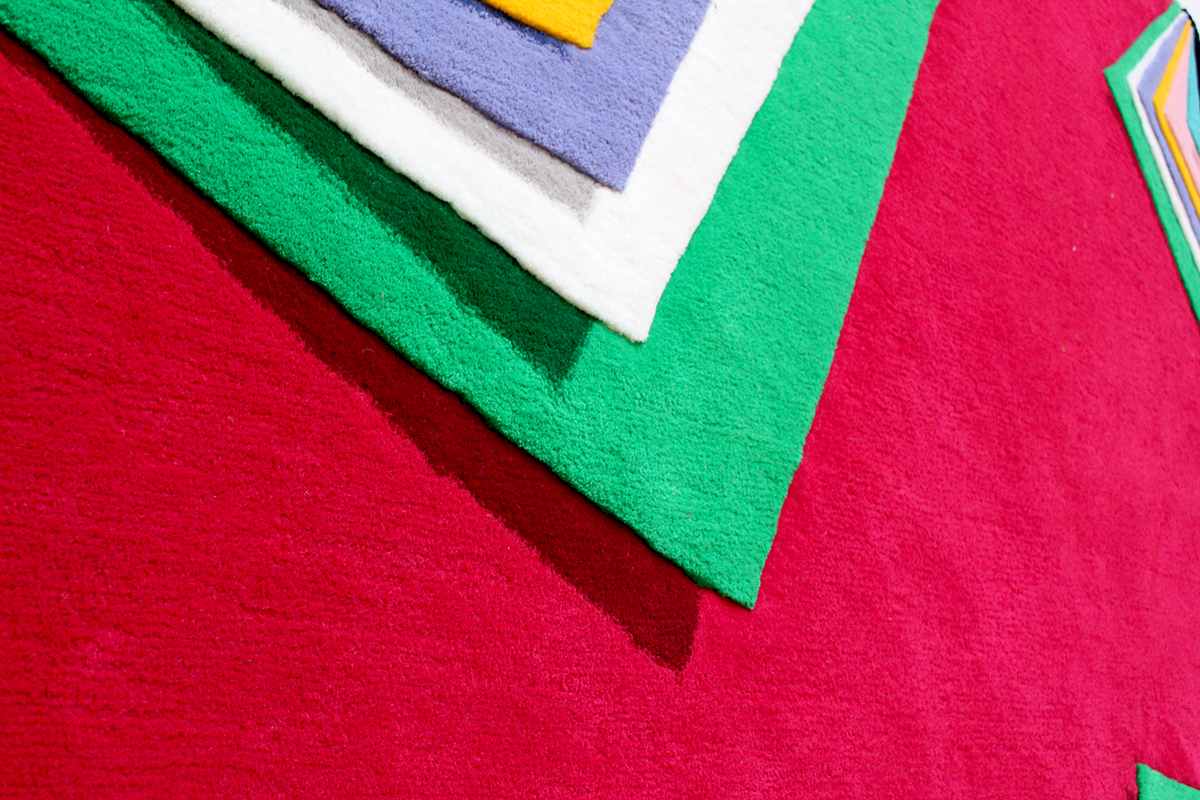 London non–profit art gallery Studio Voltaire presents a new flagship London store in the heart of Mayfair at 31 Cork St from 18 November to 18 December 2016, to include a gun-tufted rug made by Dovecot in collaboration with artist Jim Lambie.

Studio Voltaire were introduced to Dovecot Tapestry Studio by Fi Scott of Make Works in March 2016 with a view to making a one-off contemporary textile in collaboration with a British artist. After further discussions, Studio Voltaire contacted Jim Lambie and The Modern Institute in Glasgow to initiate the project with Dovecot on a unique rug working with designs donated by Lambie.

Based on Lambie’s metal box wall pieces, the design was to emulate his seven sheet aluminium artworks and would combine his striking 2D visuals with an aspect of sculptural work. This point of departure presented its own challenges in the creation of this piece with Lambie. not least in the approach to be taken in this wool medium to create something which has otherwise been realised in metal or paint. In order to achieve a 3D image, Dovecot tufters Dennis Reinmüller and Kristi Vana have to curve into the tufted rug with precision, to create a cleaner line than they have ever mastered before.

The final piece will be exhibited by Studio Voltaire’s fundraising store House of Voltaire as part of a larger showcase of work by artists including Linder, Peter Saville and Chris Ofili. The rug will be made available for sale, the proceeds of which contribute to the long term missions of both Studio Voltaire and Dovecot in continuing exhibition and education programmes.

The Jim Lambie rug titled Soft Machine was created at Dovecot by Reinmüller and Vana from September to October 2016.

Soft Machine from Dovecot on Vimeo.