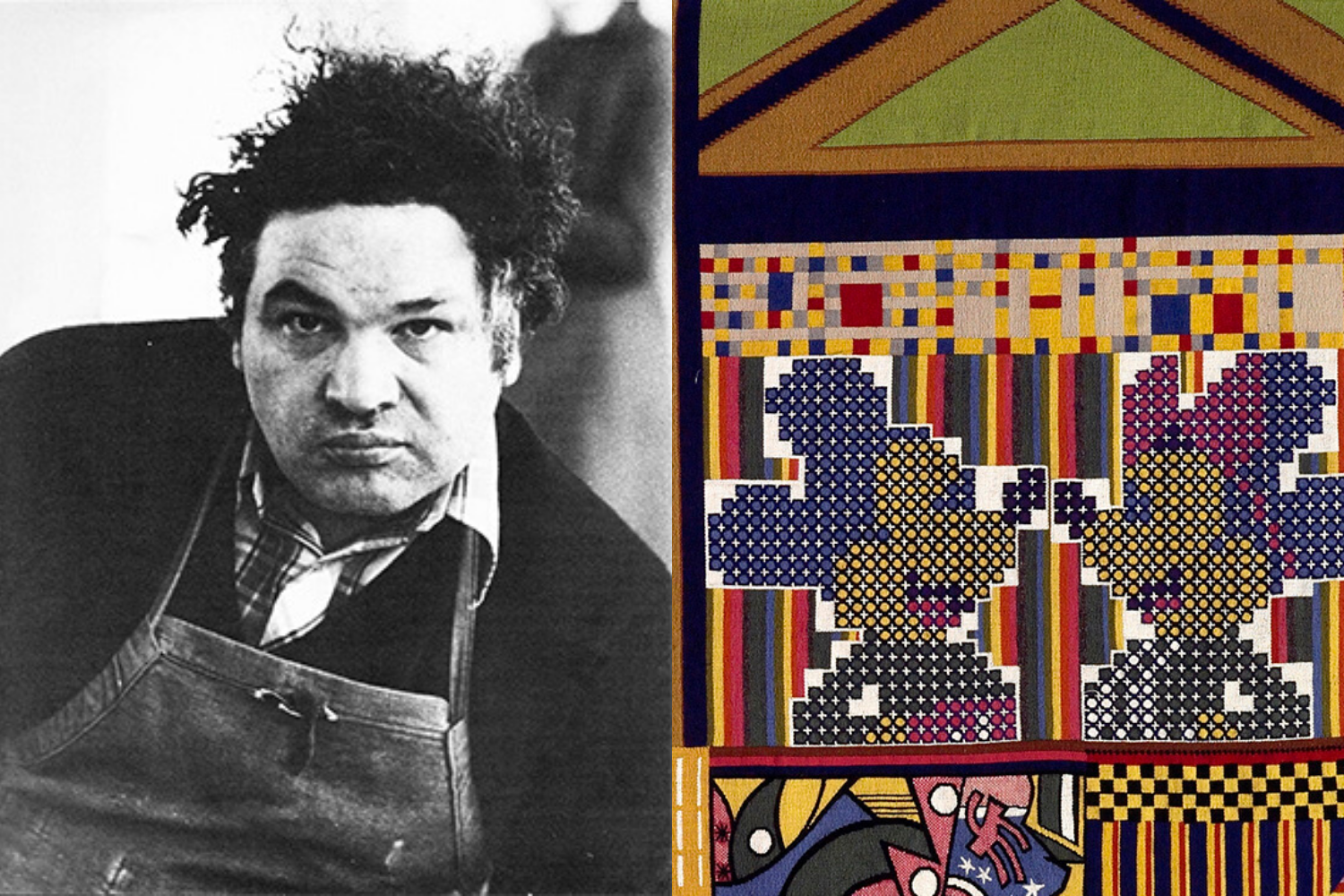 This event has been postponed. If you purchased a ticket to this event our team will be in touch with you via email. We will post updates on our website and social media channels.

Eduardo Paolozzi (1924-2005) one of the pioneers of pop art, is known for his sculptures, collages and prints which challenged artistic convention from the 1950s through to the Swinging Sixties and the London art scene of the 1990s.

Less well known are his textile designs, especially his Hammer Prints collaboration with avant-garde photographer Nigel Henderson, and his powerful influence as a teacher. From 1949 to 1955, Paolozzi was Tutor for Textile Design at the Central School of Arts and Crafts in London where he first taught Terence Conran, later becoming his lifelong friend and mentor.

Join Kirstie Meehan, Archivist at National Galleries Scotland and expert on the Paolozzi Collections, as she highlights the artist’s own generous donation of work to the Galleries as well as more recent gifts which highlight Paolozzi as one of the most innovative and irreverent artists of the 20th century.

Tickets £12 (+ booking fee) include entry to exhibition Mid-Century Modern: Art & Design from Conran to Quant on the day of the event.

About Kirstie Meehan
Kirstie Meehan is Archivist at the National Galleries Scotland where she cares for archives relating to major Scottish artists including Eduardo Paolozzi, Joan Eardley, and Ian Hamilton Finlay. She curates displays of archive and special books material as well as contributing to major exhibitions, including the forthcoming ‘Ray Harryhausen: Titan of Cinema’ (Scottish National Gallery of Modern Art, 23 May – 25 October 2020). Her research interests include Eduardo Paolozzi, Dada and Surrealism, and artist books.

Every ticket sold supports the work of The Dovecot Foundation to advance visual art, craft and design in all its forms.

Dovecot Gallery and Shop are closed from 18 March 2020. Please see our website and social media for updates.

Dovecot Cafe by The Pantry is closed from 18 March 2020. Please see our website and social media for updates.