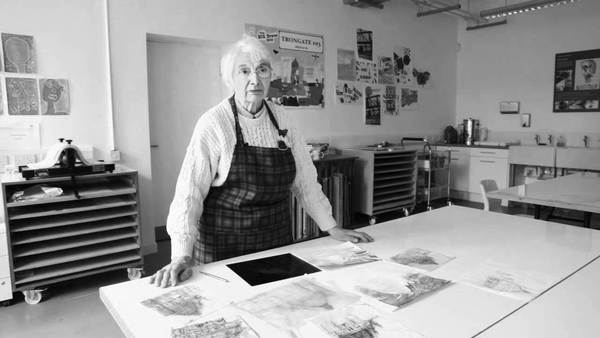 Elizabeth Blackadder (DBE, RA, RSA, RSW, RGI; b. 1931) is a Scottish painter who lives and works in Edinburgh. After studying at Edinburgh University and Edinburgh College of Art, Blackadder received a number of travelling scholarships, allowing her to travel to Southern Europe. Since her first exhibition in 1959, Elizabeth Blackadder has exhibited extensively in UK art institutions, while her work is held in a number of public art collections, including Contemporary Art Society; Museum of Modern Art, New York; National Portrait Gallery, London; Tate Gallery, London, and the Government Art Collection.

Blackadder has collaborated with Dovecot Tapestry Studio on a number of tapestries, including Still life, Tulips (1966); Untitled (1967); and Cats and Orchids (1993).