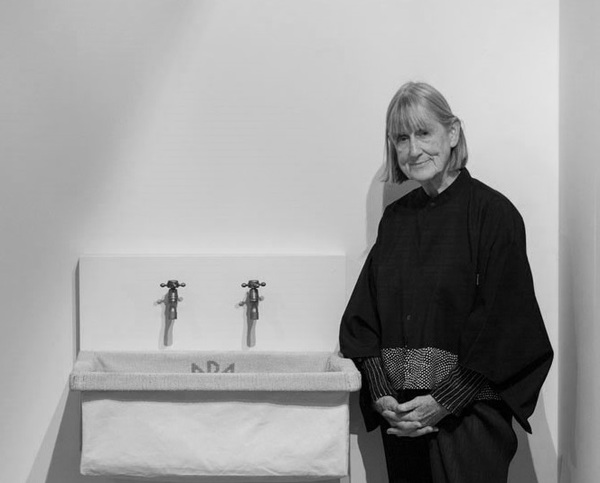 Fiona Mathison studied tapestry at Edinburgh College of Art and has a Masters Degree from Royal College of Art. Mathison worked at Dovecot Studios (then Edinburgh Tapestry Company) from 1970 to 1984, initially as a weaver and later as a part-time Artistic Director and Consultant. During this time she worked on major tapestry projects with Sir Eduardo Paolozzi, Tom Phillips, Louise Nevelson, Harold Cohen and Frank Stella. In 1975 she began a full-time lectureship in Tapestry at Edinburgh College of Art, from which she retired at the end of 2010. Mathison has exhibited on a world-wide scale throughout her career, and is now based at Rhubaba Studios in Edinburgh.