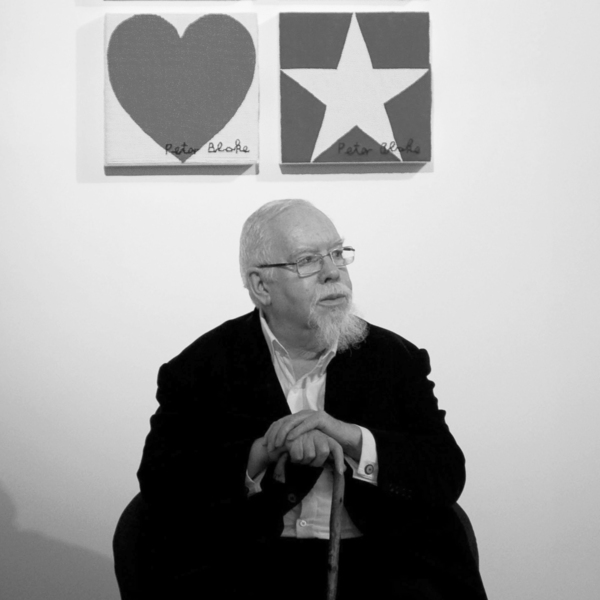 Sir Peter Blake (b.1932) was born in Kent and studied at the Gravesend Technical College School of Art, and the Royal College of Art. During the late 1950s, Blake is best known for co-creating the sleeve design for the Beatles’ album Sgt. Pepper’s Lonely Hearts Club Band. His paintings from this time included imagery from advertisements, music hall entertainment, and wrestlers, often including collaged elements. Blake had his first solo exhibition in 1960 and in 1961 exhibited in the Young Contemporaries show alongside David Hockney and R.B. Kitaj, when he was first identified with the emerging British Pop Art movement. In 2012, as part of Dovecot’s centenary celebrations, Peter Blake was approached via Paul Stolper Gallery in London to collaborate to create the Target, Star, Rainbow, Heart tapestry.

Purchase these related projects in the Dovecot Shop.