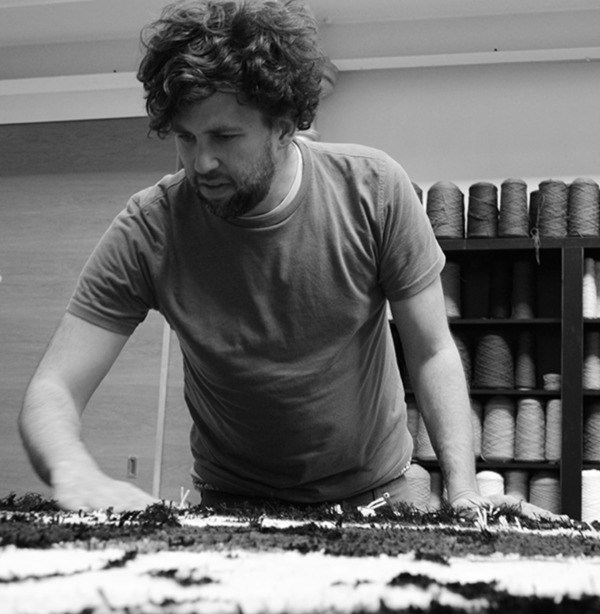 Than Hussein Clark was born in Exeter, New Hampshire in 1981, and studied at the University of Edinburgh and Goldsmiths College, before beginning an MFA on Time Based Media in Hamburg in 2012. Named one of the 30 Emerging Artists to Watch during Frieze Week 2015, Clark has been known to often construct interior spaces to explore authenticity and theatricality in his work. Keen to produce an interior textile object, Clark approached Dovecot Studios and started collaborating with Master Weaver Jonathan Cleaver in the autumn of 2010, leading to the creation of Konnigratz/Hamichuri/Konnigratz/Hamichuri – a gilded stucco ceiling in hand-tufted carpet medium, positioned on the floor as part of the artist’s exhibition Waves at Matthew Gallery, Berlin in 2013. Clark returned to Dovecot to create a series of four rugs with Cleaver and Tufter Dennis J Reinmüller, which were displayed at the art fair BASEL in Liste in June 2014.