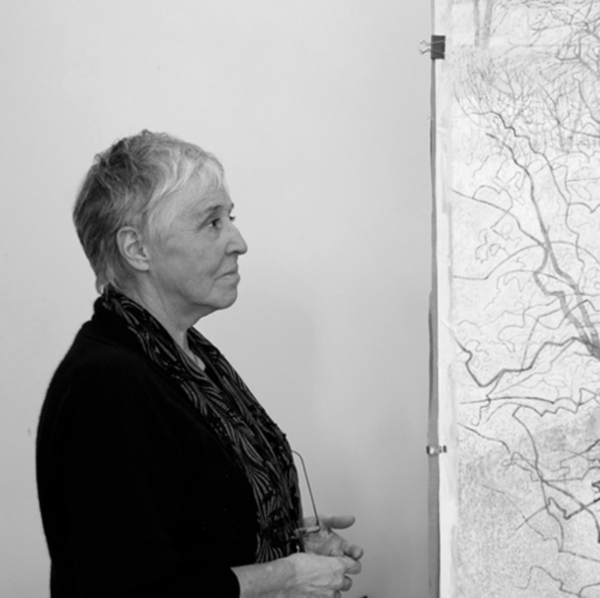 Victoria Crowe (b.1945) studied at Kingston School of Art and the Royal College of Art, London, before being invited to join Edinburgh College of Art in 1968, where she taught drawing and painting until 1998. Over the last 35 years Victoria Crowe, one of Scotland’s leading painters, has established herself as a painter whose work is instantly recognisable. While the full range of her painting covers landscape, still lifes, portraits, self-portraits and interiors, much of her work defies such precise categorisation. She has been described as ‘one of the most vital and original figurative painters currently at work in Scotland’.

Dovecot Tapestry Studio has had a long-standing collaboration with Crowe, which began in 2007 with Two Views tapestry, commissioned by the Duke of Buccleuch and continued with _The Large Tree Group Tapestry (2012-3), where Crowe’s painting was chosen to be transposed into a large tapestry as part of Dovecot’s centenary celebrations. Crowe was also chosen to create the design for The Leathersellers’ Tapestry (2014-7), a significant tapestry commission for the ceremonial meeting hall at the Leathersellers’ Company in London.

Fleece to Fibre: the Making of the Large Tree Group Tapestry