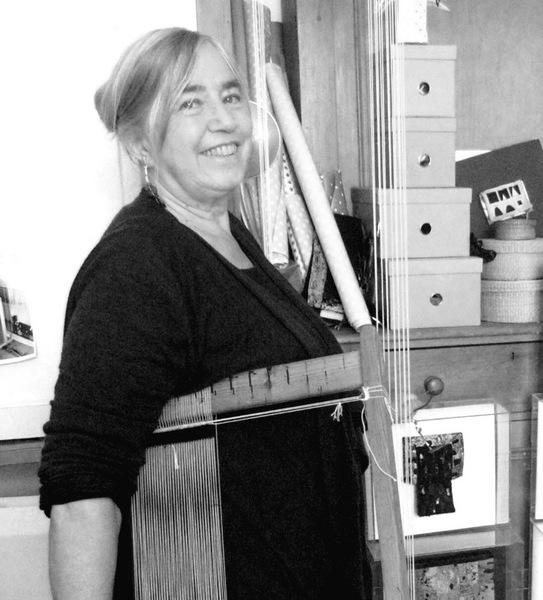 Maureen Hodge studied stained glass and tapestry at Edinburgh College of Art from 1959-64, worked at the Edinburgh Tapestry Company (now the Dovecot Tapestry Studio) from 1964 to the early 70s, and was Interim Director of Weaving with Fiona Mathison in 1975. She wove tapestries designed by Archie Brennan, David Hockney, Harold Cohen and Sir Eduardo Paolozzi among others. She lectured in tapestry at Edinburgh College of Art from 1967, taking over as Head of the department in 1973 and later becoming a Reader of Heriot Watt University and Senior Lecturer in the School of Drawing & Painting in 1994, posts she held until her retirement in 2006.

Hodge has exhibited all over the world, most recently in the exhibition of textile art by women artists, Entangled at the Turner Contemporary in Margate, and has represented the UK in the 2nd and 3rd international Biennale in Lausanne, in various Triennale of Tapestry at Lodz in Poland, as well as more recently in the Artapestry shows. She is included in many public collections in the UK and abroad, including the Victoria and Albert Museum in London, the Scottish National Gallery of Modern Art, Edinburgh, Jean Lurcat Centre for Contemporary Tapestry, Angers, France and the Ararat Regional Art Gallery in Victoria, Australia. Commissioners of her work include the Scottish Parliament, Crawford Arts Centre in St Andrews and the British Crafts Centre.

Image: Maureen Hodge, Fields of Endeavour: Territory II. Courtesy of the artist and The Scottish Parliament

Pinks at Dovecot
Christmas Hours: Pinks will be closed from 24 Dec to 4 Jan